Choose Freedom Heavy Haul to haul your heavy equipment between Colorado and any other state in the union. Colorado is a mountainous state with most of its population concentrated in the Denver area. Even so, the state has grown by more than 30% since 2000. Denver has more than $4 billion worth of construction on tap as of 2018, with a forecast need of more than 200,000 construction workers in the next few years. With such a construction boom going on, the need for shipping heavy construction equipment in Colorado remains greater than ever. Colorado also is an important agricultural state in the country. With more than 30,000 farms, the state ranks first in the nation in the production of lambs and lamb products. Itâ€™s also third in the nation in the production of beef cattle. Thereâ€™s also a great need for transporting heavy farm equipment in Colorado. More than 12,000 trucking companies operate in Colorado. The state is served by nine primary airports and two Class I railroads, BNSF Railways and Union Pacific Railroad. 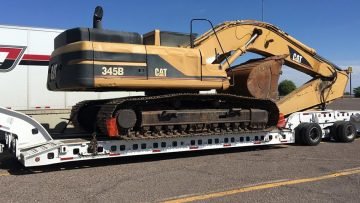 Major Cities and Roadways in Colorado

Colorado is the eighth largest state in terms of acreage. The state is 380 miles long and 280 mile wide. There are more than 120,000 miles of roadways in the state, including nearly 1,000 miles of interstate highway. In Colorado, all major roads lead to Denver. Three major interstates meet in Denver. I-25 runs north/south through the city, connecting Wyoming with New Mexico. I-76 runs diagonally in the northeast corner if the state, linking Denver with Nebraska. On the east/west axis, I-70 travels through Denver as it runs between Kansas and Utah. In terms of population, Colorado ranks 21st in the country. With more than 620,000 people, Denver is the largest city by population in Colorado. It has about 200,000 more residents than Colorado Springs. The fastest growing city in Colorado over the past seven years has been Greeley. The 10 largest cities in Colorado are: 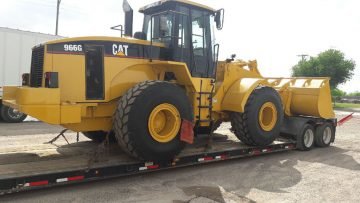 Heavy equipment shipments that exceed the maximum dimensions established by the state must obtain oversize permits to use the roads in Colorado. On designated highways, the height limit is 14 feet 6 inches. Single axels are limited to 27,000 pounds, while double axels are maxed out at 50,000 pounds (depending upon axel spacing.) A separate permit is required to transport an oversize load in Denver. The dimensional restrictions in the state of Colorado include:

Overall length restrictions in Colorado are similar to rules in other southern states. The state allows a front overhang of four feet and a rear overhang of 1o feet. Trailer length maximums in Colorado include: 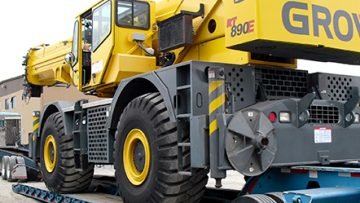 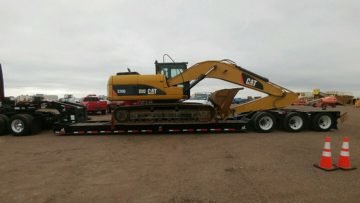 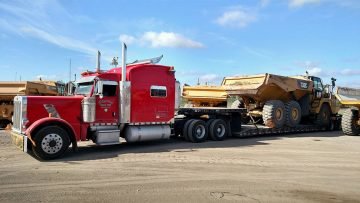